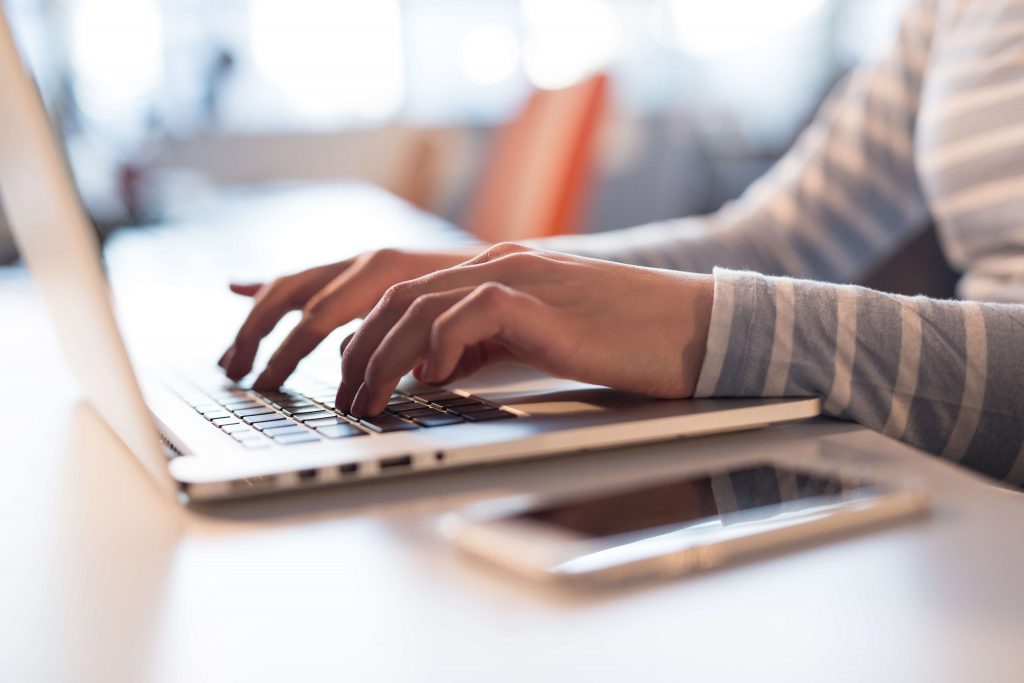 Ever fancied yourself as an inventor? Do you spend days dreaming about coming up with a product that no-one else has thought of, and making a success of it? Then maybe now is the time to chase those ideas, pluck them out of the sky and set them firmly on solid ground… because dreams can become reality and there are people out there who have gone that extra mile and are now basking in their success.

The Butterfly Clip; a success story of the past two decades, renowned the world over and an essential item on every woman’s dressing table. However, I am sure you would agree that the aesthetics of this handy item leave a lot to be desired. Each time I grip my hair up I ponder for a second on the ugly spring proudly displayed for the world to see and wonder why it isn’t hidden… but then the moment passes.

That moment did not pass however when Lindsey Walker and Shelley-Anne Salisbury met at a party three years ago. They told me: “Within a few weeks of that meeting, we decided to go into business” and go into business they have. Since that inspiring meeting they have set up Linshell Innovations Ltd and have invented, patented and trademarked the ‘Linziclip’. Set to be the success story of forthcoming decades this clip has an advanced gripping mechanism, which enables the hair to be held securely in place… without the unsightly spring.

After Lindsey and Shelley-Anne met they quickly came up with a Linziclip prototype – albeit a sprayed toilet roll, reminiscent of a Blue Peter-inspired creation! This quickly moved forward but Linshell told me “It has been a very long and complicated journey from invention to patenting, technical drawing to making mock-ups, securing financial backing, sourcing, manufacture and distribution.” The key here is to realise that any invention you decide to move forward will probably not be plain sailing but persevere and you can succeed.

Last year there were 28,223 patents applied for in the UK but sadly not many actually end up on the market. Why? Linshell say it’s down to inventors giving up too quickly, “rejections can all too easily cause you to lose hope and some inventors patent their ideas and then don’t know what to do with their invention and it gets put aside” they said. The thing to remember is that in order to be a successful inventor it helps to be sales and business-minded also as you need to be able to cold-call companies and push to get meetings. Once you have a meeting, you then have a chance to show your product and convince people that it has a viable future. Remember that if you do manage to get through the door you need to have mock-ups and market research on your competition. Preparation is essential if you want to succeed and get people to buy into what is essentially, just an idea.

Once you have your idea and you feel you are ready to push forward with it then you need to register a worldwide patent early on to protect yourself from infringement. Lindsey, one half of Linshell, learnt this the hard way as prior to the Linziclip she had a patented product which was successfully launched but was imitated by a number of companies in the UK and US. She said: “because of this, I’ve learnt very quickly the legalities of inventing a product!” It is also important to have Intellectual Property Insurance, which although extremely costly, is essential as it will allow you to tap into substantial funds allowing you to pursued legal action rather than just threaten it. This is likely to be one of your biggest costs, but could be well worth it. Other costs to consider are things like drawings, moulds and travel to visit potential distributors or manufacturers. It all adds up and if you intend to go it alone like Linshell and manufacture and find distributors yourself, then you need to be aware of the cost involved.

If you feel that you are not cut out to do the whole lot then you could consider another avenue, that of finding a licensee who will pay you a royalty. If you do go this route you need to think big. As soon as you have patented your idea approach not just the biggest companies in the UK, but also the biggest companies in the world. It might mean expensive travel costs for meetings but the long-term benefits could reap more rewards. When approaching such companies you need to remember that promoting your product well is key and you must be enthusiastic. “If an inventor sells his or her idea to a company with little enthusiasm, or makes it sound dull, it won’t work”, said Linshell. One way to get help with this side of thing is to consider a short sales course to give you the confidence you need to stand up and sell your product to potential retailers or licensees.

The Linziclip has been a phenomenal success in the US and retailers over there predict that it will totally replace the butterfly clip in the near future. As well as this it is selling well in both Canada and Russia and is due to launch into Europe and Japan in the spring, Linshell say: “Our aim is to have the Linziclip selling in as many countries as possible.”

If you still think you have what it takes to make your dreams a reality then make sure you gather as much information as you can. UK-based inventors club Ideas21 is a great place to start as inventors can share ideas and once a month get together for debates and lectures as well as the opportunity to mingle with fellow inventors and patent agents etc. Also keep your eye out in the press around November 9th – European Inventor’s Day – and a final piece of advice from successful inventors, Linshell: “the trick is to never take your eye off your goal. Never give up, just keep on going – stay determined and focused.”

With their determination, knowledge and creativity I am sure that Linshell will not stop at the Linziclip and I know that would-be-inventors could learn a lot from this dynamic duo! Maybe it’s time for you to start grabbing those ideas out of the sky and moulding them into the reality of a successful product?